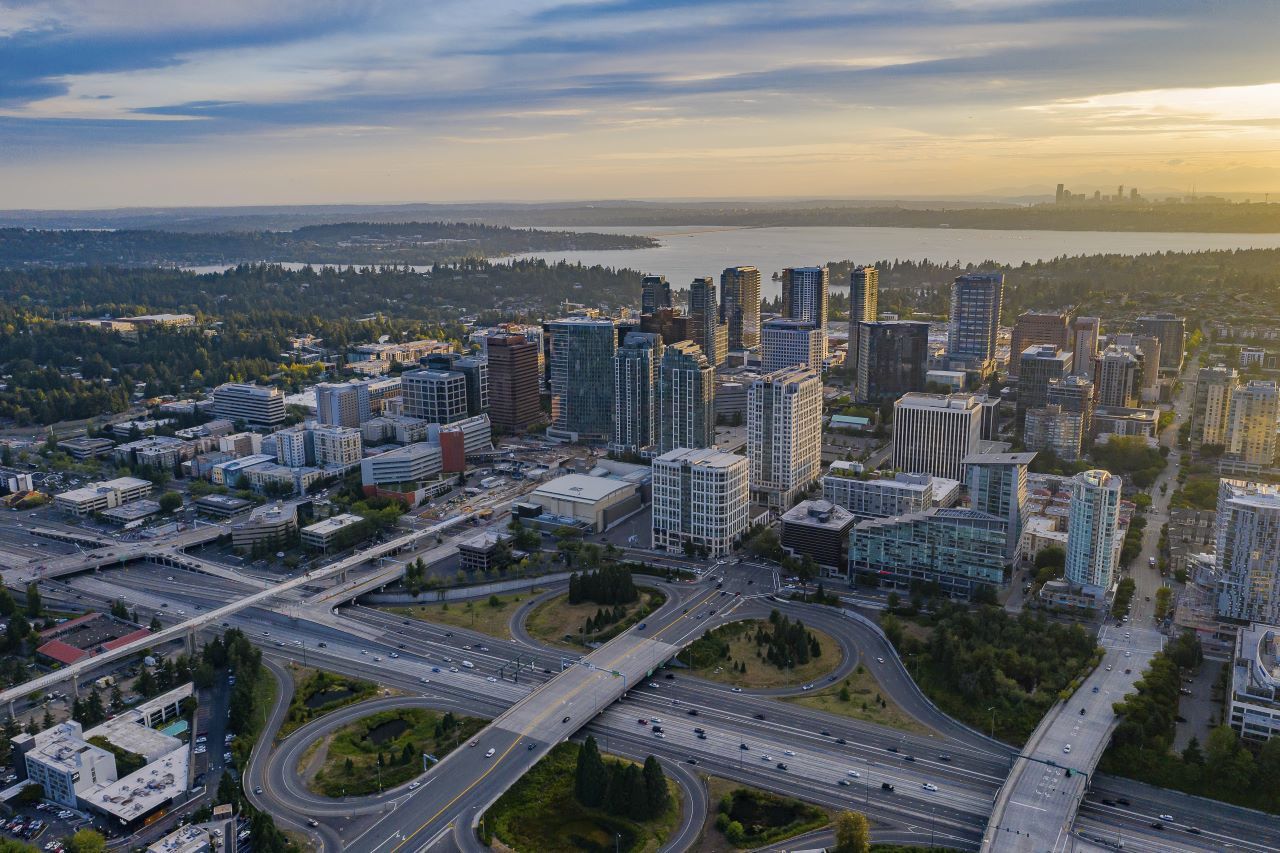 It appears bustling Bellevue has an ever-busier future on the horizon. Already the site of a growing Amazon presence outside of Seattle, the city now has quite a few significant construction projects in the works, including new office space, residential towers and a huge mixed-use project.

Set among Amazon’s leased office buildings, a new luxury residential condo project promises to bring 274 new residences to the city. The 34-story tower, called ParqHouse, will significantly increase the number of condos available in both Bellevue and the Eastside at large. The project will include at least one penthouse, with other floorplans ranging from studios to 3-bedroom units. Asking prices for the condos have not been determined yet.

Downtown, a giant mixed-use project has been submitted for design review. The proposed project includes a total of 12 towers up to 25 stories tall, 7 of which would be residential.

Split between two lots, the project would include 60,000 square feet of office space, 300,000 feet of retail space and 1,940 residential units. The development also includes plans for a hotel, underground parking, anchor stores and an internal plaza.

Amazon is also expanding its presence in downtown Bellevue, having picked a development for its next major lease in the city. The new Amazon space will be a 25-story office tower called The Artise.

The Artise offers Amazon an additional 600,000 square feet of space, bringing the company’s total in Bellevue up to 6 million square feet either leased or in development. This lease is part of Amazon’s plan to add 25,000 jobs in Bellevue over the next few years.

The tower is scheduled to open in 2024, although the project has not broken ground yet.

Related Articles
Home Tips Simple Bathroom Upgrades The thought of upgrading a bathroom often brings to mind large-scale renovations, demolition, and hefty price tags. Even projects like replacing a backsplash or repairing tile can be more involved than you might think. However, it’s possible to give your bathroom a makeover without breaking the bank (or your back). Whether you’re looking to just […]
Local Market News Google Continues to Invest in Kirkland With the recent news that Seattle is the national leader in big tech office leases, it’s no wonder that Kirkland continues to be a prime spot for investment from Google. Google recently announced that it plans to invest more than $7 billion in offices and data centers around the U.S., including the continuing construction of […]
Local Market News The Gardner Report – Q1 2021 The following analysis of the Western Washington real estate market is provided by Windermere Real Estate Chief Economist Matthew Gardner. We hope that this information may assist you with making better-informed real estate decisions. For further information about the housing market in your area, please don’t hesitate to contact your Windermere Real Estate agent.   […]